VOC archive index to General State Archives in The Hague 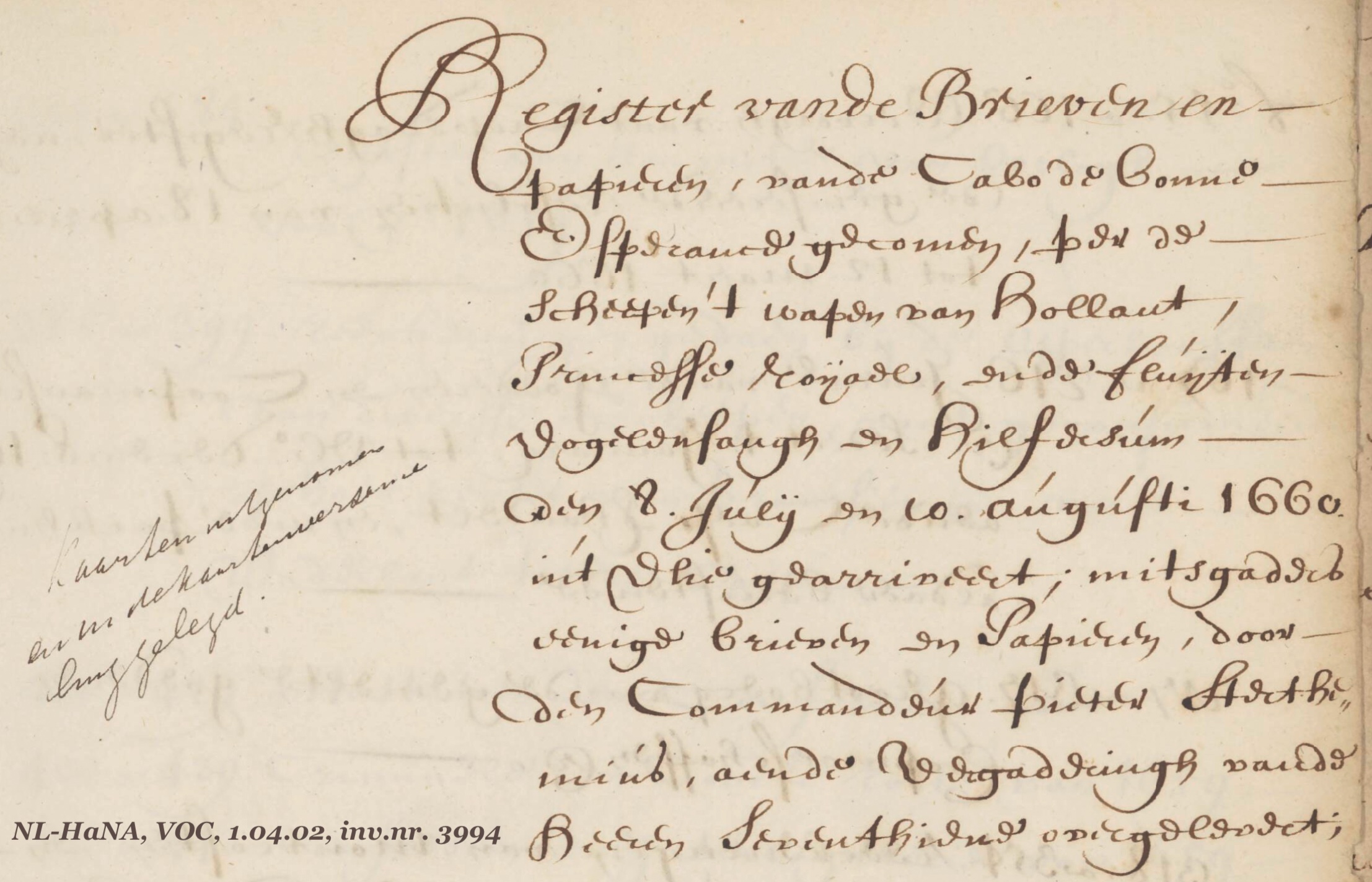 The archives of the Dutch United East India Company, abbreviated to VOC (Verenigde Oostindische Compagnie), held at the General State Archives in The Hague in the Netherlands, extend over 1277 metres of documents. The impressive quantity of documents not only provides information about the commercial, financial and diplomatic activities of the Company, but is also very significant for the history of the Netherlands and for those countries and regions in Asia where the VOC was established. It covers the period 1602 to 1795, and for a Java up to 1811.

This archive holds amongst others, the letters and papers received from the various establishments. Each year copies of the administration and other documents from the Governor-General and Council in Batavia and from the other establishments in Asia and the Cape of Good Hope arrived on the return ships.

The Letters and Papers received from the Cape of Good Hope covering the period 1652 to 1795 are of particular interest to researchers and genealogists researching South African history and genealogy. They contain a vast amount of valuable material.

A typical year would contain:

This series of Letters and Papers received by the Heren XVII and the Amsterdam Chamber from the Cape of Good Hope, 1651-1794 is composed of 374 volumes. To find one's way through the hundreds of thousands of folios of this series, indexes of the tables of contents need to be made and published.

This section of the South African Records Transcribed website is an attempt to create such indexes. The indexes start off with the year 1652 and as each yearly index becomes available it will be published here.

These indexes are being transcribed directly from images of VOC archives housed in the General State Archives in The Hague, and in particular from the inventory numbers 3988 to 4360.