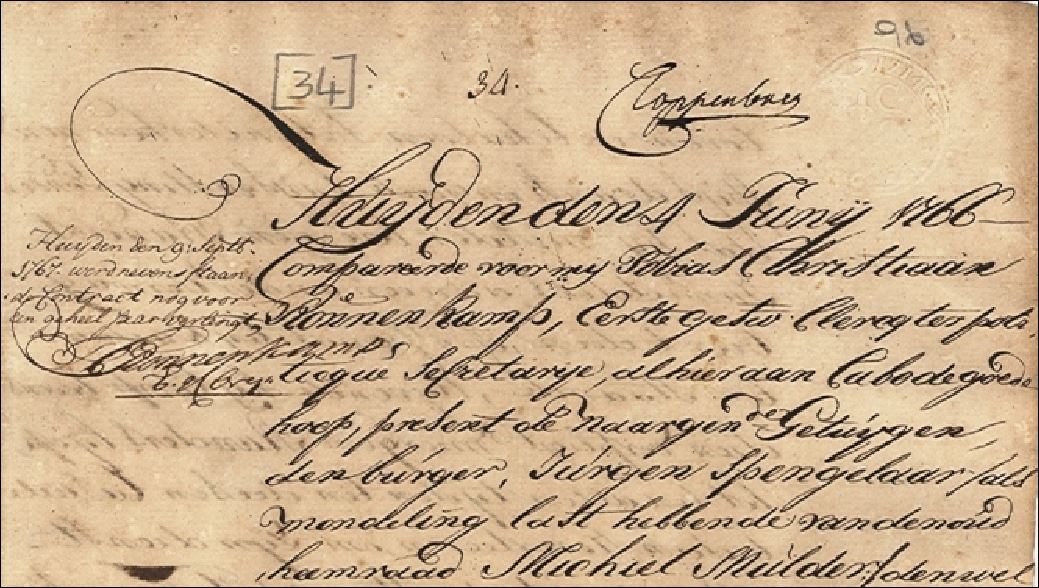 Written by Corney Keller. Posted in Court of Justice

Contract of employment between former councilor Michiel Mulder, represented here by the burgher Jurgen Spengelaar, and Johan Hendrik Randers of Landscroon, midshipman (formerley employed by Philippus du Preesz). Johan Hendrik Randers is to serve as servant (knegt) and general farmhand for a period of one year in exchange for a monthly pay of fifteen guilders, Indian valuation, as well as boarding and lodging. The contract was signed on 4 June 1766 and extended for another year on 9 September 1767. After the death of Michiel Mulder, the contract was terminated on 28 May 1770 on request of Johan Hendrik Randers (as is usual in these cases). Michiel Mulder's widow was represented by Augustus Schrijver.
Michiel Mulder is beter known as Anthonie Michiel Muller, 'stamvader' of many Muller familes in South Africa today. Arrived as soldier from Meschede aboard the ship Oostrust in 1735 (source: NL-HaNA, VOC, 1.04.02, inv.nr. 5998, fol. 251.)

(images and transcription by Corney Keller)